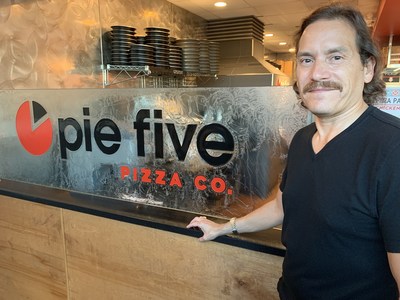 Mr. Solano most recently served as Chief Marketing & Digital Officer of fast-casual concept Pei Wei Asian Kitchen, where he recorded the best positive traffic the brand had seen in seven years behind the launch of "Wei Better Orange Chicken," cauliflower rice and a clean-label initiative dubbed "The Wei Forward." In the process, he creatively poked fun at Panda Express, garnering substantial positive publicity and social media chatter at the expense of the brand’s much-larger rival.

Solano began his restaurant career with Domino’s Pizza in 2008, where he led the 2010 "New & Inspired" pizza launch as Vice President of Innovation. Solano later served as Vice President of Development for Domino’s, where he designed the "Pizza Theatre" concept and created the "Fortress Seattle" model market strategy, where he led operations. Prior to his Pei Wei tenure, Mr. Solano drove positive traffic for the first time in 10 years as Chief Marketing Officer of Wendy’s.

"Brandon has been a difference maker for multiple brands in the restaurant space," said Mark Schwarz, Chairman of RAVE Restaurant Group, Inc. "He has a history of driving profitable traffic and leading brands to cultural relevance. He has communicated provocatively, even telling consumers Domino’s pizza wasn’t great and could be better. He once famously dug through the trash at Panda Express to expose their ingredient statements on Twitter. Importantly, he has brought his franchisees along with him to shared success. Brandon has depth and breadth of experience, including leading both pizza and fast-casual brands across many functions from operations and technology to marketing and development. We are thrilled to have Brandon lead our Company."

"I’m stoked to lead both Pizza Inn and Pie Five for RAVE," said Solano. "These brands have tremendous upside and I intend to partner with our employees and franchisees to realize every ounce of it. We will be disruptive in the space and make consumers rethink their pizza choices while supporting our communities, franchisees and employees. In short, I’m here to win!"

Solano holds a Bachelor of Science degree from Grand Valley State University and an MBA from the University of Notre Dame. Brandon and his partner, Kristin, live on a sustainable urban farm in Southlake, Texas, with goats, chickens, honeybees, 20 varieties of vegetables and four semi-tame teenagers.